A healthy garden has a wide range of bees, birds, and butterflies. The Birds and Wildlife committee of the Garden Club of Long Beach Island, chaired by Bonnie Brodman of Barnegat Light, works towards healthy gardens through a variety of preservation projects and public education.

One of those is the butterfly garden in Barnegat Light. According to the club, the monarch butterfly population is down 53 percent and has been designated as requiring protection. As a result, the committee has concentrated on improving its habitat in our area.

At the start, the committee filled large planters with milkweed and nectar plants for caterpillars and butterflies and distributed them throughout the island. Then, in 2018, Barnegat Light borough acquired land for a public park and gave the garden club an area to manage specifically for butterflies. The borough prepared the garden with soil, irrigation and installation of appropriate plants including butterlfly bushes, St. Johns wort and black eyed Susans… the club has added many flowering plants. These have included shasta daisies, coneflowers, phlox, loosestrife, rose of Sharon…

Its location is on West Seventh Street, opposite Kubel’s. The garden won the Garden Club of NJ’s East Orange Silver Trophy award as well as third place from the Central Atlantic Region in 2019.

In 1924, there had been an unusually bad infestation of tent caterpillars in New Jersey and Mrs. Harold Hack, President of the Short Hills Garden Club, felt the garden club world should take some steps. She sent out letters of appeal to all garden clubs in the state asking for a fighting brigade to tackle this and future problems of a similar nature. Thirteen clubs responded and on April 1, 1925, she entertained representatives from these clubs at her home. A committee was set up to set in motion the formation of a federation of the garden clubs of the State of New Jersey. The thirteen charter clubs were: Basking Ridge GC; Clio GC of Roselle; the Dahlia Society of NJ; Englewood GC; GC of Essex Fells; Haddonfield GC; Madison GC; GC of Morristown; New Brunswick GC; Passaic Valley GC; Women Gardeners of Ridgewood; GC of Trenton; and Verona GC. By the end of the year, eighteen more clubs were added; New Jersey was the third state to form a federation of garden clubs.

The first meeting was held on December 15, 1925 at the Town Hall Cub in New York City and a Constitution and By-Laws were adopted. Mrs. Arthur M. Decker was elected President and three committees were formed: the Organization Committee; the Tent Caterpillar Committee; and the Lantern Slide Committee. Mrs. Henry V. Condict was elected Treasurer and she endowed the treasury with $10.00 from the GC of Essex Fells. A month later, the Verona GC added another $10.00 and this remained the account balance ($20.00) until the following summer. By September, there was $219.73 in the treasury.

Regular monthly meetings were held at the Y.M.C.A. in Newark. The first Annual Meeting was held in the Little Stone House in the garden of Mrs. F.A.C. Perrine, Trenton. The charge for the luncheon was $3.00 per plate.

This information was taken from “The Green Crusade” and “The Garden Club of New Jersey 1925-1985. Volume III, “The Green Crusade Continues” 1985 – 2010 has recently been beautifully completed by Jeanette and Loren Johnson who served on President Mary Warshauer’s Publication Committee as Chairs as they did everything as a team and Loren (Jeanette’s adoring husband) singlehandedly preserved our history in a flash drive to inspire us and future generations in the heroic commitment to spreading horticultural, environmental and creative knowledge throughout the Garden State. Please enjoy reading The Garden Club of New Jersey, Inc.’s illustrious history.

GCNJ Objectives and Executive Board 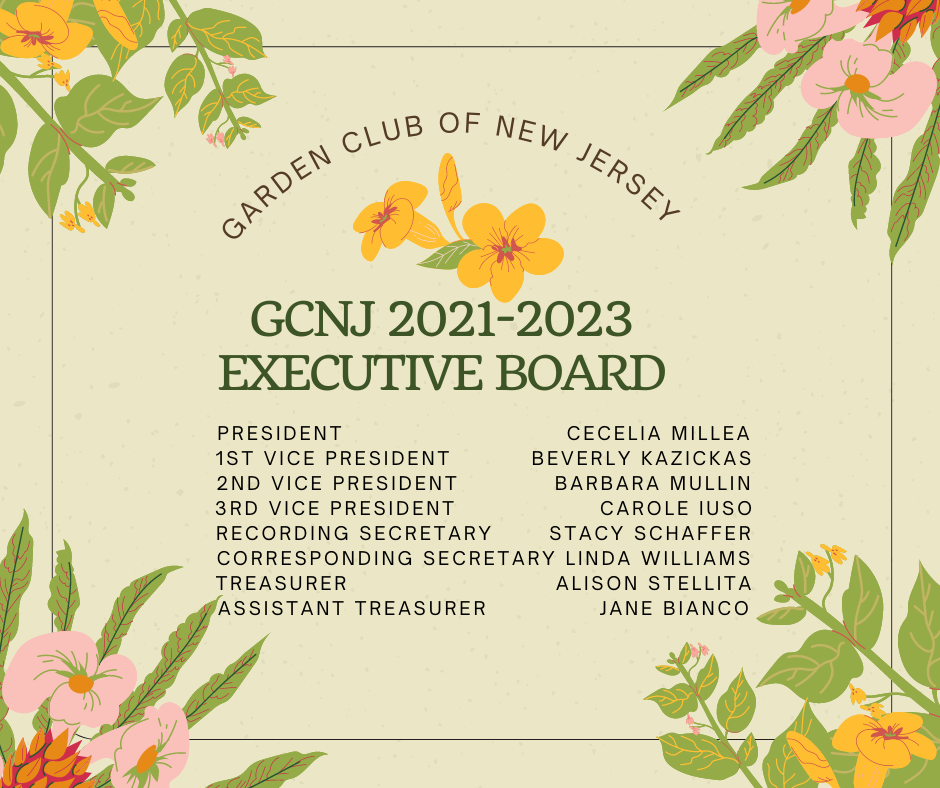 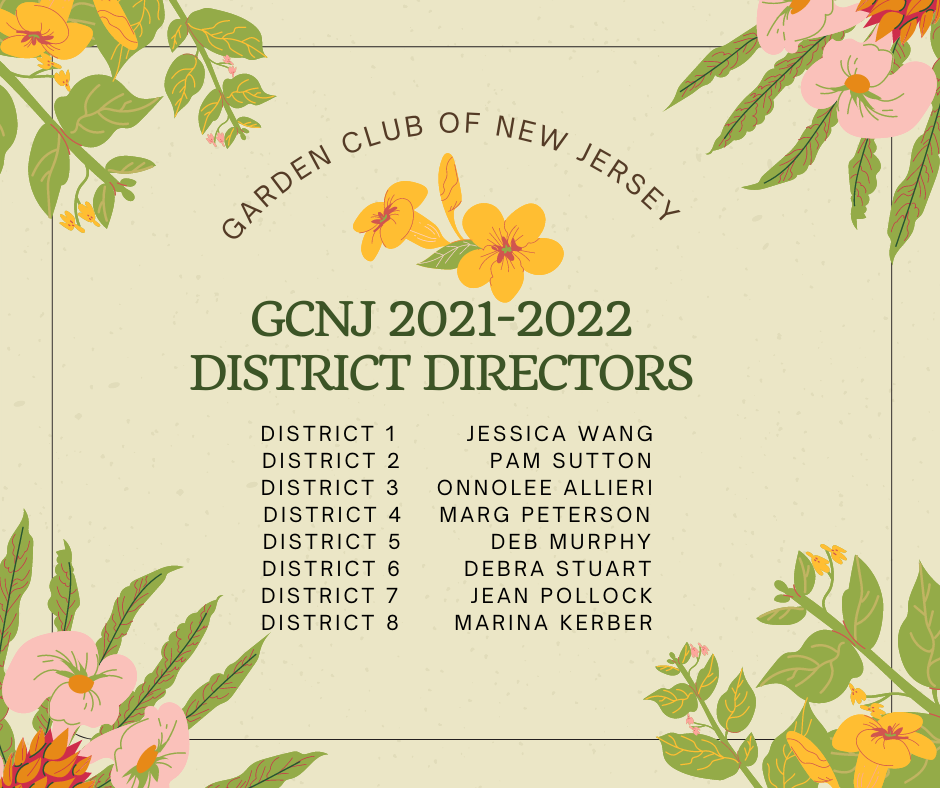